This Remembrance Day is used to remember all the people who have died in wars – not just World War One. This includes World War Two, the Falklands War, the Gulf War, and conflicts in Afghanistan and Iraq. 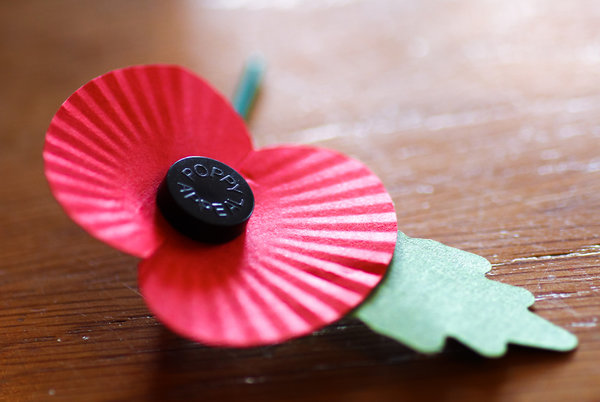 In the days leading up to 11 November, you might have seen the Teachers and staff at Regent wearing a poppy. This is a symbol to remember those who have given their lives in war. All over the world, millions of poppies will be given out over the coming days by tens of thousands of volunteers.

The reason poppies are used to remember those who have given their lives in battle is because they are the flowers which grew on the battlefields after World War One ended.

This year the Royal British Legion has unveiled to the public a six-metre high poppy installation at the National Maritime Museum. The 2018 Poppy Appeal is designed to say thank you to the World War One generation in the year of the 100th anniversary of the end of the World War I. The threads of this installation are laid out all around the UK and have messages written on them written by people who lived through the conflict.

At Regent International School, we will hold a two-minute silence at 11am to mark the end of the WW1 centenary by saying Thank You to all who served, sacrificed and changed our world.