My 9-year-old son published a book!

My 9-year-old son published a book!

I am pleased to write about my experience as a mother in my son’s journey from writing or scribbling to becoming a published author.

Harsh has always had a flair for writing. Since he was 6 or 7 years old, he started writing about various topics from fairytales to taking notes on astronomy, human anatomy, etc.

We always wanted to channelise his skills in the right direction. Then, we met someone who helped young children publish books. I contacted her while Harsh was already starting to think about his book and storyline. Being an avid reader, using his imagination to write a story came naturally to him. But yes, it needed some guidance and motivation for him to sit and continue to write for hours. In the beginning it was a challenge for me to get his time out of regular school studies and other activities. Though, initially it was difficult to make him start to write, but whenever he began, he did it with full concentration and effort. He was very clear about the characters, plot and setting of the book. As the story developed, he started spending more and more time and was excited to complete the story. 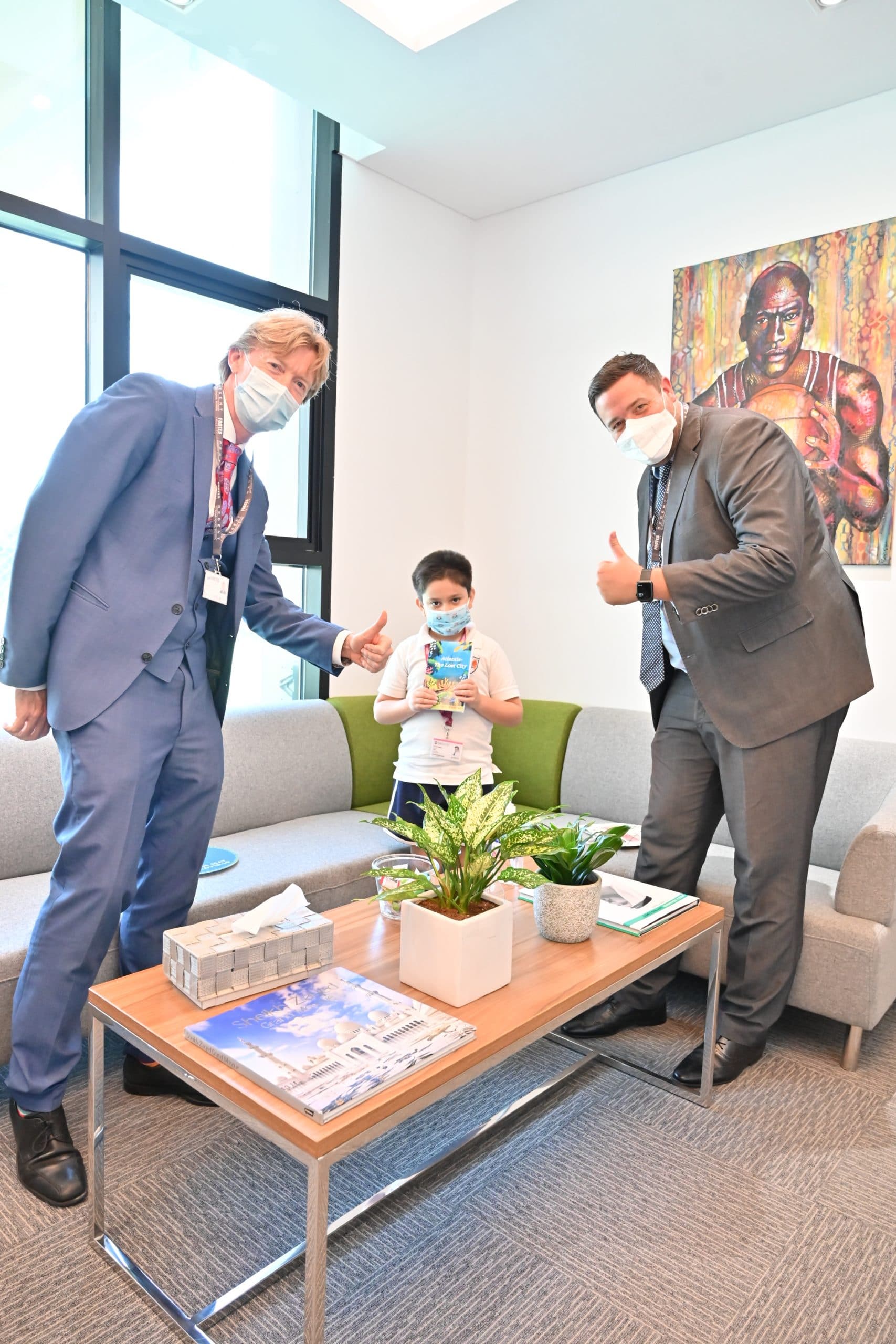 Harsh completed the book in about three months. We worked with him in choosing the front and back cover. Harsh was always clear about what he wanted on his cover page! He had already chosen his author name and style (like J.K. Rowling). It took almost 2 months to get the book edited, published and to be made available on Amazon across various geographies.

We are really thankful to his teachers, the entire school and his friends for showing so much love towards his book and for appreciating him. Regent has laid a strong foundation and made Harsh a confident young boy. Harsh has big dreams for his future and believes in achieving results through hard work and perseverance.

My advice to other parents – please give some time to your child to find out what their skills and interests are and encourage them to nurture and do what they are good at. In Harsh’s case he likes writing and has skills for it. As a parent my job was to continuously motivate him and steer his efforts in the right direction. Now, after getting so much appreciation he is excited and looks forward to writing more. He has already started preparing the plot for his next publication!

We are proud parents of a nine-year-old author who dared to dream!!

Thank you everyone for their love and support for Harsh.