16 Recommended Reads by the Regent Library

16 Recommended Reads by the Regent Library

The Regent Libraries are getting renovated and restocked over the summer. Read more about our Library renovations in this article: A Gateway to Knowledge and Learning.

While we wait for our students to join us in our new spaces, here are some recommended reads by the librarians at Regent.

Why is this a must-read: A story of love, loss, and hope.

About: Set in present-day England, it features a boy who struggles to cope with the consequences of his mother’s illness. He is repeatedly visited in the middle of the night by a monster who tells stories. An emotion-filled story about love, loss and hope. 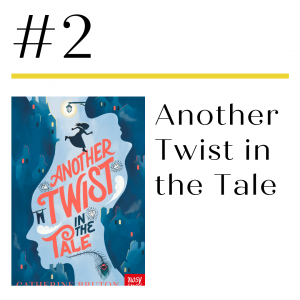 2. Another Twist in the Tale

Why is this a must-read: A brilliantly conceived ‘sequel’ to Oliver twist.

About: Few know that there was a second Twist – a girl, brought into this world moments ahead of her brother. This is the story of Twill Twist – and her journey through the gambling dens and workhouses of London, as she attempts to make a life for herself, rescue her friends, and uncover the mystery of her past – while meeting some familiar faces along the way. 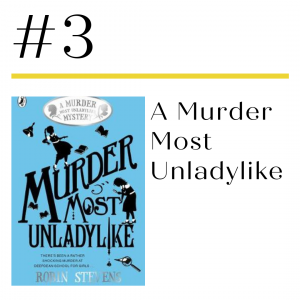 3. A Murder Most Unladylike

Why is this a must-read: A thrilling murder mystery series.

About: Daisy Wells and Hazel Wong set up a secret detective agency at Deepdean School for Girls in 1934. Hazel discovers the body of the Science Mistress, Miss Bell – but when she and Daisy return five minutes later, the body has disappeared. Now the girls have to solve a murder, and prove a murder has happened in the first place before the killer strikes again. 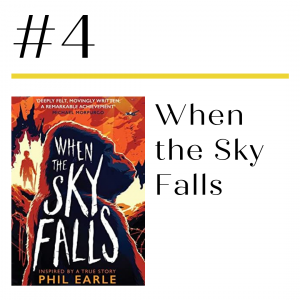 4. When the Sky Falls

Why is this a must-read: Inspired by a true story – a story of courage and friendship.

About: Inspired by a true story. It’s 1940, and Joseph has been packed off to stay with Mrs F, a gruff woman with no great fondness for children. To Joseph’s amazement, she owns the rundown city zoo where Joseph meets Adonis, a huge silverback gorilla. Adonis is ferociously strong and dangerous, but Joseph finds he has an affinity with the lonely beast. But when the bombs begin to fall, it is up to Joseph to guard Adonis’ cage should it be damaged by a blast. 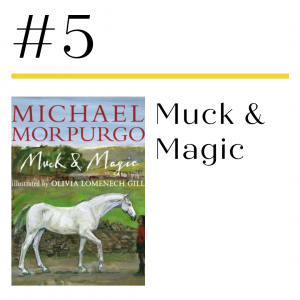 Why is this a must-read: A touching tale about friendship, courage, and following your dreams.

About: Bonny has always wanted to be a top cyclist, maybe even a future Olympic champion like her hero, Laura Trott. When she gets a new racing bike for her birthday, she heads out into the Dales like always, speeding along. But when she’s distracted by some cheeky horses, she comes off her bike and discovers that the horses belong to a quiet woman who has an amazing collection of statues on her lawn – a buffalo, a horse lying down, even a man running. Bonny deveops a new friendship and unlocks a world full of wonder. 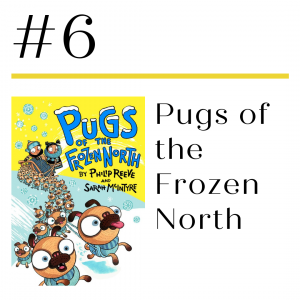 6. Pugs of the Frozen North

Author: Pugs of the Frozen North by Philip Reeve

Why is this a must-read: The great Northern Race – exciting adventure and funny too!

About: For early chapter book readers who are ready for something longer, the Not-So-Impossible Tales are packed with humor, action, and illustrations on almost every page.
Far away, in a winter wonderland, an amazing sled race is about to begin. The winner can make one wish, and it will magically come true! Two friends, Sika and Shen, want to win more than anything. But all they have is a pack of yappy, pug puppies. 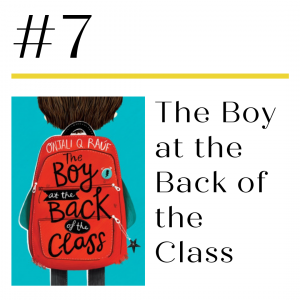 7. The Boy at the Back of the Class

Why is this a must-read: A touching story highlighting the importance of friendship and kindness.

About: This is the story about how one ordinary nine-year-old child and three classmates are full of empathy for Ahmet, a boy that comes to their school as a refugee from Syria (he is the boy at the back of the class). Through their sensitivity, curiosity, ingenuity, bravery and innocent niceness, they make a massive impact on Ahmet’s life, friends, class, school, community and wider world. 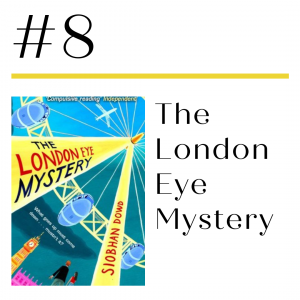 Why is this a must-read: A story about family, self-belief and bravery.

About: Ted and Kat watched their cousin Salim board the London Eye, but after half an hour it landed and everyone trooped off—except Salim. Ted and his older sister, Kat, become sleuthing partners, since the police are having no luck. Despite their prickly relationship, they overcome their differences to follow a trail of clues across London in a desperate bid to find their cousin. 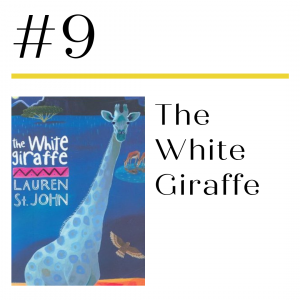 Why is this a must-read: It is a cross between an adventure novel and mystery with some fantasy.

About: The first exciting book in the dramatic Legend of the Animal Healer series! The night Martine Allen turns eleven years old is the night her life changes completely. Martine’s parents are killed in a fire, so she must leave her home to live on an African wildlife reserve with a grandmother she never even knew she had. When Martine arrives, she hears tales of a mythical animal living there-a white giraffe. They say no one has ever seen the animal, but it does leave behind footprints. Her grandmother insists that the white giraffe is just a legend, but then, one stormy night, Martine looks out her bedroom window straight into the eyes of the tall silvery animal. 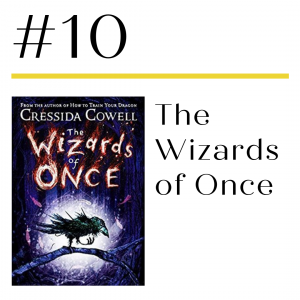 Why is this a must read: It takes you where something that has been sleeping for hundreds of years is stirring…

About: Once there were Wizards, who were Magic, and Warriors, who were not. But Xar, son of the King of Wizards, can’t cast a single spell. And Wish, daughter of the Warrior Queen, has a banned magical object of her own. When they collide in the wildwood, on the trail of a deadly witch, it’s the start of a grand adventure that just might change the fabric of their worlds. 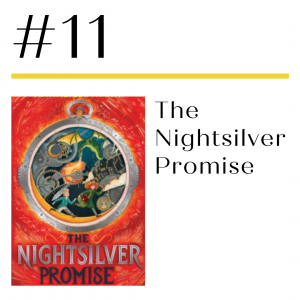 Why is this a must read: This is a fantastic action-packed book with characters that make you fall in love with them.

About: When thirteen-year-old Paisley discovers that she is destined to die, the race is on to protect her dragon-touched brother and find her missing mother. But an ancient power stalks the sewers of London, and the Dark Dragon is rising, intent on restoring the Great Dragons and destroying Paisley’s family and her world forever. In a world where science rules and dragons fear to tread, Paisley must trust her instincts and forge new friends, as she attempts to outrun fate itself. 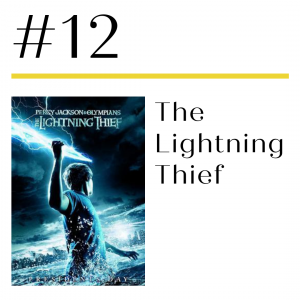 Why is this a must-read: A gripping, thrilling story of a young boy with a secret unknown even to himself.

About: Percy Jackson is a good kid, but he can’t seem to focus on his schoolwork or control his temper. And lately, being away at boarding school is only getting worse – Percy could have sworn his pre-algebra teacher turned into a monster and tried to kill him. When Percy’s mom finds out, she knows it’s time that he knew the truth about where he came from, and that he go to the one place he’ll be safe – Camp Half Blood, a summer camp for demigods, where he learns that the father he never knew is Poseidon, God of the Sea. 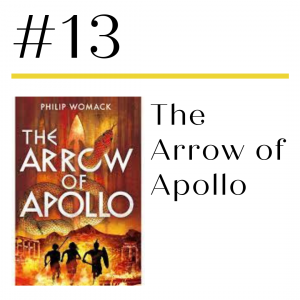 Why is this a must-read: The only thing that can save the world is the Arrow of Apollo - but it has been split into two.…

About: The Gods are abandoning the Earth, tempted by other worlds where they can live in peace. Only a few keep an interest in mortals. Silvius is given a task by a dying centaur. The dark god Python is rising and massing an army of immense power. The only thing that can save the world is the Arrow of Apollo – but it has been split into two. Silvius and his friend Elissa must travel to the land of their sworn enemies, the Achaeans. 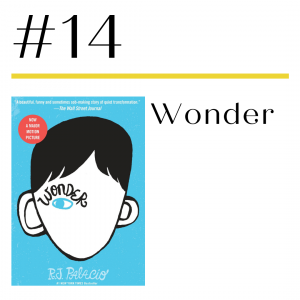 Why is this a must-read: A wonderful story about friendship, tenacity and most importantly kindness.

About: August Pullman was born with a facial difference that, up until now, has prevented him from going to a mainstream school. Starting 5th grade at Beecher Prep, he wants nothing more than to be treated as an ordinary kid—but his new classmates can’t get past Auggie’s extraordinary face. Wonder, begins from Auggie’s point of view, but soon switches to include his classmates, his sister, her boyfriend, and others.

Why is this a must-read: A spell​-binding adventure of friendship, forgiveness and bravery.

About: Desperate to become a shark caller to avenge the death of her parents, Blue Wing is instead charged with befriending infuriating newcomer Maple. At first they are angry and out of sync with the island and each other. But when the tide breathes the promise of treasure, can they overcome their differences and brave the deadliest shark in the ocean? 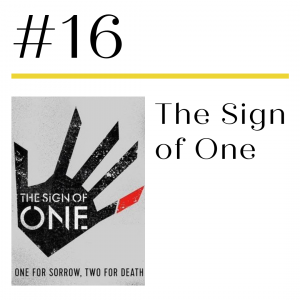 Why is this a must-read: It is an action-filled science fiction novel set in a world with all the key features of a terrifying dystopian society.

About: In the Barrenlands of Wrath, no one dies of old age. Kyle is used to its harsh laws, but the cold-blooded separation of identical twins and execution of the ‘evil twists’ at the Annual Peace Fair shocks him. When Kyle himself is betrayed, he flees for his life with the reluctant help of Sky, a rebel pilot with a hidden agenda. As the hunt intensifies, Kyle soon realises that he is no ordinary runaway, although he has no idea why. Fighting to learn the hideous truth, their reluctant, conflicted partnership will either save them – or kill them.