Should kids switch off or swot up over the summer holidays? - Regent International School | British Curriculum | Best School in Dubai

Should kids switch off or swot up over the summer holidays?

Should kids switch off or swot up over the summer holidays?risadminNovember 30, 2015October 30, 2019

Should kids switch off or swot up over the summer holidays?

Many parents dread the long annual summer holidays. In the UAE, that’s two months of no school and, although Dubai’s Private Schools are required to teach 186 calendar days a year (just 4 days less than the UK), does the concentration of holidays all in one go really help?

Although many countries summer breaks vary in length – from the super-Singapore schools shutting down for seven weeks, to Italian schools being closed for thirteen weeks; every country does actually have a long summer holiday.

The current UK government, when the Department for Education was headed up by Michael Gove, allowed schools to set their own school holidays. Approximately only 4% of schools however, have broken away from the norm to introduce a more balanced ‘all-year round’ calendar, with the leading independent schools (who have always had that power) still retaining their long annual summer break.

Education, particularly in the UK, is moving to a research and evidence based approach – with research being key to both policy and change. Unfortunately research on the impact that long summers have is scarce. The research that does exist though, does quantify that a large amount of children forget some of their mathematics over the break, and that the levels and ability of reading, for poorer children in particular, decreases before their return to school.

Research in to the positive effects of a shorter summer break only showed great impact with disadvantaged groups of students compared to their peers from higher-income families. Leading to the fact that, if students are going to have a break there are going to be some aspects of academic regression.

So, with long summer breaks likely to be around for a while – the key question every parent wants to know is: Should children switch off and enjoy their holiday or spend their days preparing for the next academic year?

The answer to this question is never easy, and is never the same for every child or even every family.

If I reflect on my own childhood, I can quite happily recall the time I spent playing and exploring at my Aunty’s house in the country, attended a Scout Camp in Scotland for the summer; spent weeks participating in archery and shooting courses with the Air Cadets and probably unusual for the majority, but even spent a summer in Bavaria hiking and white water rafting as part of the Duke of Edinburgh’s International Award.

I was never asked to sit and complete work from exercise books, but I did read my Uncle’s newspaper, have a go at the crosswords each morning and complete the Sudoku. I was never asked to process calculations with the equations of motion, but I did work out that if I threw my ‘Action Man’ doll at the right angle he would go further.The French lecturer Ernest Dimnet, who wrote ‘The Art of Thinking’ said, “Children have to be educated, but they have also to be left to educate themselves”.

Unfortunately, not every child has access to low cost, yet high quality youth organisations – such as the Scout Movement or the Air Cadets. Not every parent has an Aunty in the country they can ship their beloved children off to for a few weeks each summer, and the amount of annual leave offered by employers in the UAE doesn’t allow the majority of parents to take their children on their own little family adventure during the long summer holiday.

In my opinion, summer holidays are learning experiences in their own right. Children always appear to have ‘grown up’ so much when they come back to school the following September. The holidays are a time for children to experience creativity, adventure, sports and build friendships. Skills that are so vital for life that schools can’t explicitly teach.Albert Einstein did say that “Play is the highest form of research”.

If children are going to spend the summer in-doors in front of a games console, then there are arguments for a study plan to ensure children keep their brains ticking and challenged in all areas. If, however, Parents can offer a range of activities for children to participate in throughout the day (from visiting the beach looking for different types of shells and then going home to draw them, to walking a friends dog in the park and identifying different habitats that you might find animals and insects living in or cooking a new dish from a recipe book each day) then the minimum work I would suggest students do over the summer is to read a range of different texts (novels, newspapers & autobiographies etc.) and complete logic puzzles, Sudoku’s or even play a game of chess. 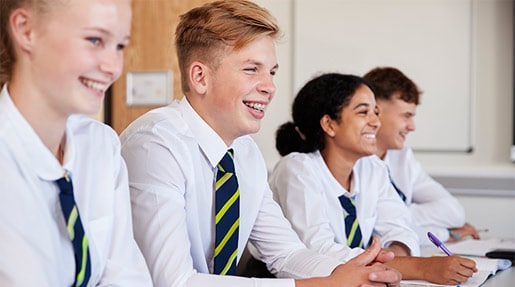 Regent’s secondary curriculum is distinguished with its unique Project-Based Learning (PBL) pedagogy where students develop products and solutions for real-world problems. We offer an Outstanding British education culminating in the GCSEs in Years 10 and 11, and A levels in Years 12 and 13. Book a Secondary School Tour now and learn how a Regent education can transform your child. Submit your e-mail ID to download the Options Booklet now.

You have successfully subscribed to the newsletter

There was an error while trying to send your request. Please try again.

Here is your Options Booklet!