Regent International School invites community members to escape the “zoo” of life in Dubai and join them on a transatlantic musical adventure when its students perform DreamWorks Madagascar – A Musical Adventure JR. on 11th and 12th March, 2019, it was announced recently by Drew Cohen, president of Music Theatre International (MTI). Based on the DreamWorks Animation Motion Picture, the show follows a group of Central Park Zoo animals who are unexpectedly shipped to Africa. 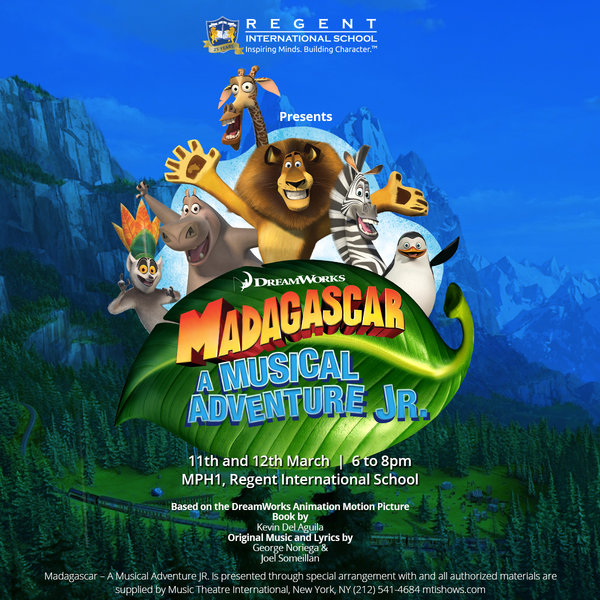 “DreamWorks Madagascar – A Musical Adventure JR. follows four friends who are thrust into an exciting, high-stakes, international adventure at the very moment in which they start to imagine the possibilities beyond the safe environment in which they live,” says Cohen. “The performing arts squad students at RIS are on a similar journey, they are experimenting with new skill sets as they venture into new territory personally and creatively, and they are forming new friendships through the shared experience of collaborating on this show,” he adds. MTI, through its Broadway Junior™ division, works with the authors of classic musicals to create special editions suitable for students to perform.

DreamWorks Madagascar – A Musical Adventure JR. features original music and lyrics by George Noriega and Joel Someillan and a book by Kevin Del Aguila. As the show opens we learn that Marty the zebra may be celebrating his tenth birthday at the Central Park Zoo with his friends Alex the lion, Gloria the hippo, and Melman the giraffe, yet he longs to experience life outside of the zoo’s walls. When Marty eventually escapes, his animal friends from the zoo pursue him into New York City. After reuniting, the animals are chased by the police, and ultimately felled by tranquilizer darts. They awake, trapped in crates, on a ship, which – through a series of events – is thrown off course. Upon reaching land the animals discover they have been shipwrecked on the island of Madagascar. Ultimately, it is only in being so lost that they can begin to discover where they really belong.

Music Theatre International (MTI) is one of the world’s leading theatrical licensing agencies, granting theatres from around the world the rights to perform the greatest selection of musicals from Broadway and beyond. Founded by composer Frank Loesser and orchestrator Don Walker in 1952, MTI is a driving force in advancing musical theatre as a vibrant and engaging art form.

MTI works directly with the composers, lyricists and book writers of these musicals to provide official scripts, musical materials and dynamic theatrical resources to over 70,000 professional, community and school theaters in the US and in over 60 countries worldwide.

MTI is particularly dedicated to educational theatre and has created special collections to meet the needs of various types of performers and audiences. MTI’s Broadway Junior™ shows are 30 and 60-minute musicals for elementary and middle school-aged performers, while MTI’s School Editions are musicals annotated for performance by high school students. 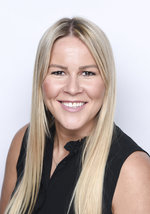